A derelict building, in a tough neighbourhood, surrounded by factories, railyards and high-density housing. The brief was to convert it into a technology centre and museum. The approach can be reduced to two linked strategies: One was to direct and control circulation by setting up two ‘cloister’ zones (one inside, and one adjacent to, the existing building). These are spaces in which people look into a central space, and feed out to other spaces. The second strategy was to excavate, or carve out the ground, in these central pivotal spaces. In the main central gallery spaces this makes a ‘belly’ which is overlooked by the circulation zones. This gradually steps up towards the light at both ends. This becomes a space for wandering around and looking across. The strategy was not to separate the old and the new, nor have the new bluntly abutting the old, but to have the different elements weaving into each other quite delicately. It was a deliberate architectural strategy not to cram all the new functions into it, but to pare back the existing shell and space. We felt that exaggerating the breathtaking enormity of the building was the best way to appreciate its strength, its ‘leanness’ and, the economy of its industrial construction. Interventions were characterised by ‘indentations’ or carvings in the ground plane. 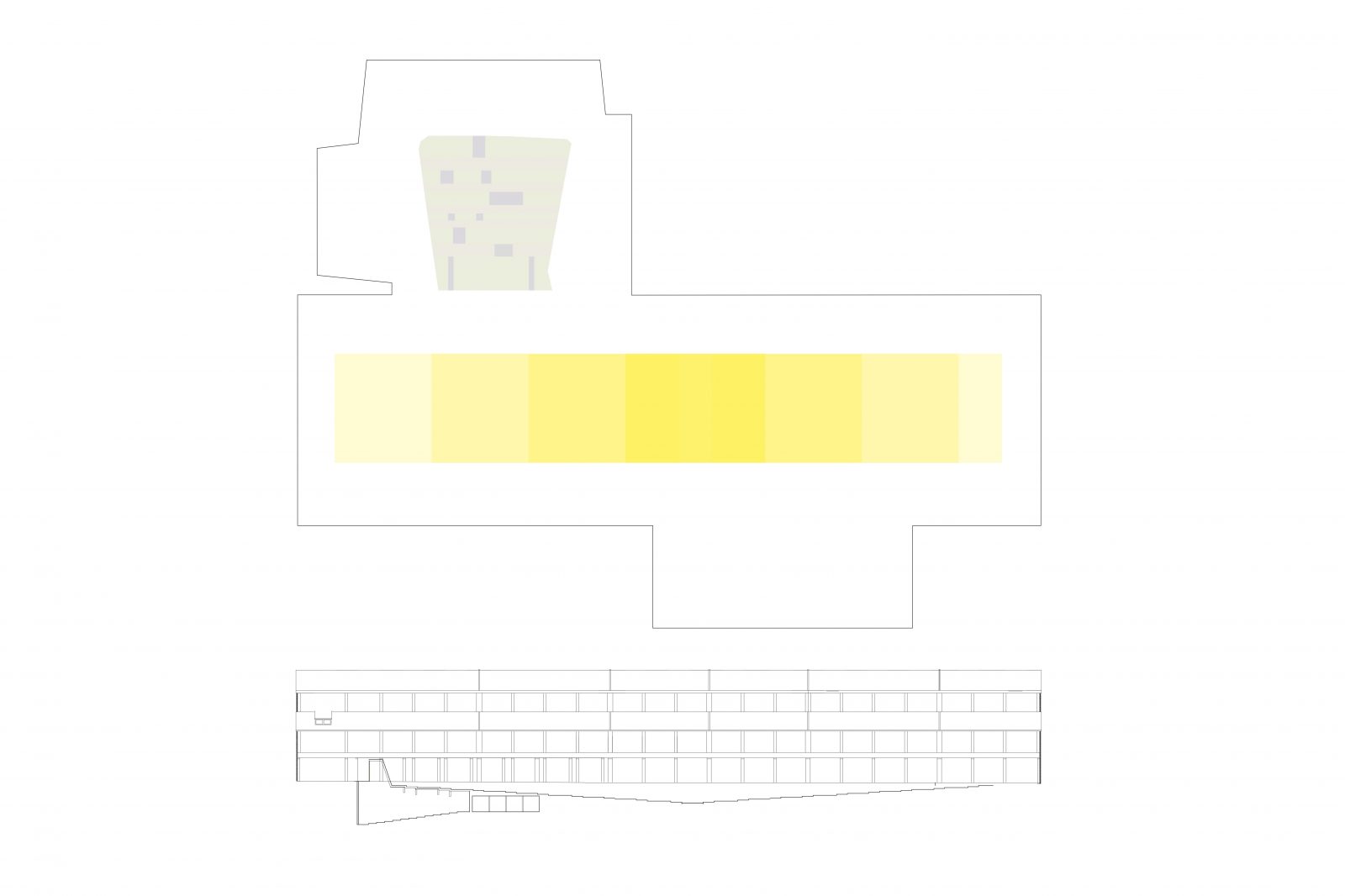 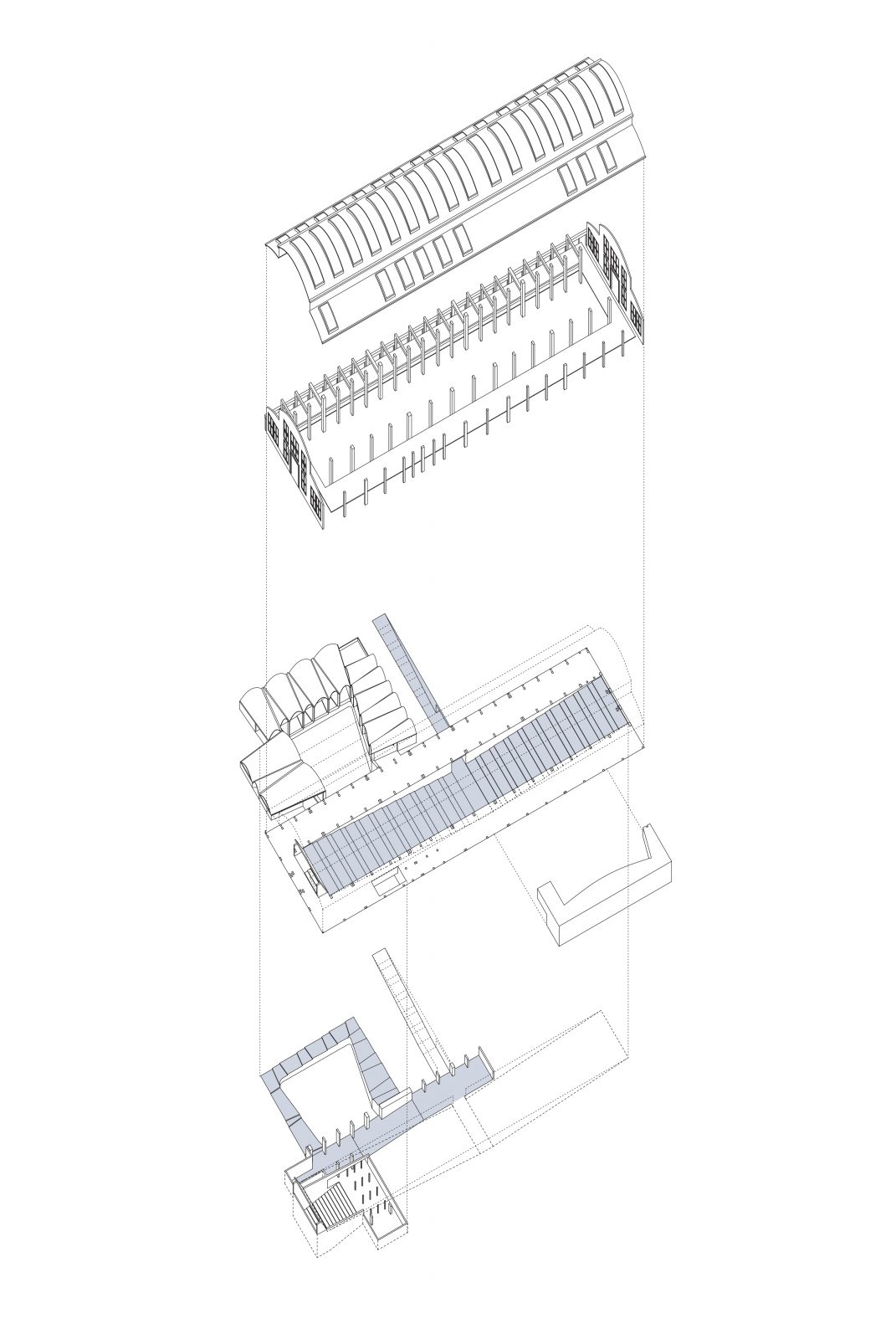