The Lodge on the Lake

A new home for the Prime Minister of Australia in Canberra.

A permanent and protective structure of roof forms (reflecting our democracy) with a flexible interior (also representing our culture) that is allowed to evolve.
An undulating visually porous boundary defined on the outside edge by a ring of deciduous trees and vaulted cave-like spaces of art underneath.
A private stroll garden, of amplified native landscape, gently sloping up around the outside edge and allowing local indigenous fauna to move freely, in an and out, underneath it.

In the years following 1788 there were two opposing perspectives of landscape and home that existed in Australia: the non-indigenous idea of HOME in a cultivated landscape of definitive property boundaries, and the indigenous idea of a transient HOME in a shared and unbounded landscape. We all know how that has played out. Observing that Australia’s watery boundary is still a contested zone of arrival we also acknowledge Canberra’s man-made lake and the random property alignment marking the site of the proposed new Lodge. We propose to reconfigure and redefine this boundary as a ring of native landscape that is retained for public use. This new boundary is defined by a cluster of deciduous trees. Public access to Lake Burley Griffin for all Australians will remain in perpetuity.

The new home for the Prime Minister will be inserted between two existing landscape conservation areas inside the landscape ring. We propose separating the administrative and support functions from the private domain. Key groupings of rooms, amenities and staff are arranged in a pinwheel around a central foyer, from which all parts of the landscape can be seen and from which all parts of the house can be accessed. A large private stroll garden becomes a place of reflection and repose. An amplified native landscape is enhanced with non-indigenous clusters of liquid amber, poplar and willow. Traces of this new landscape are entwined in and through the buildings. Narrow paths for strolling would be burnt through fields of native grasses and daisies, creating different journeys through and around the garden. 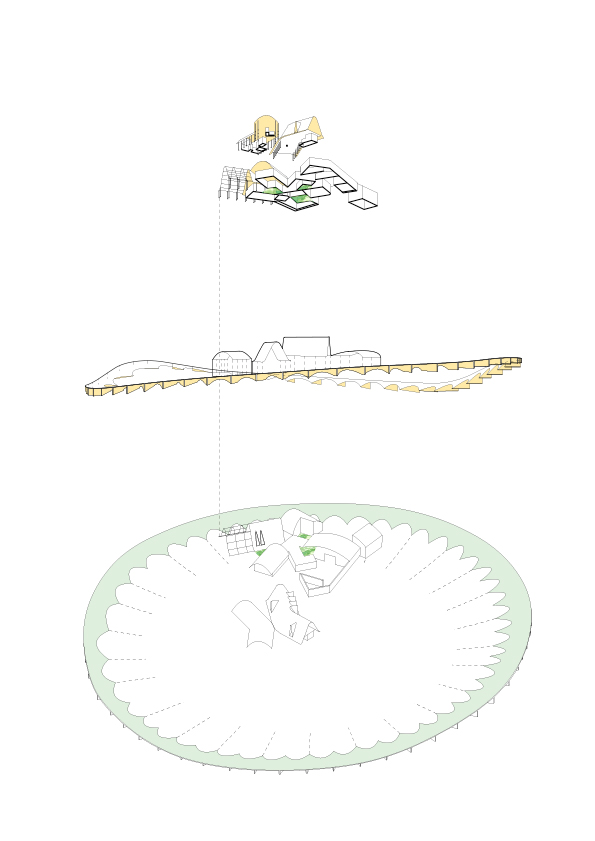 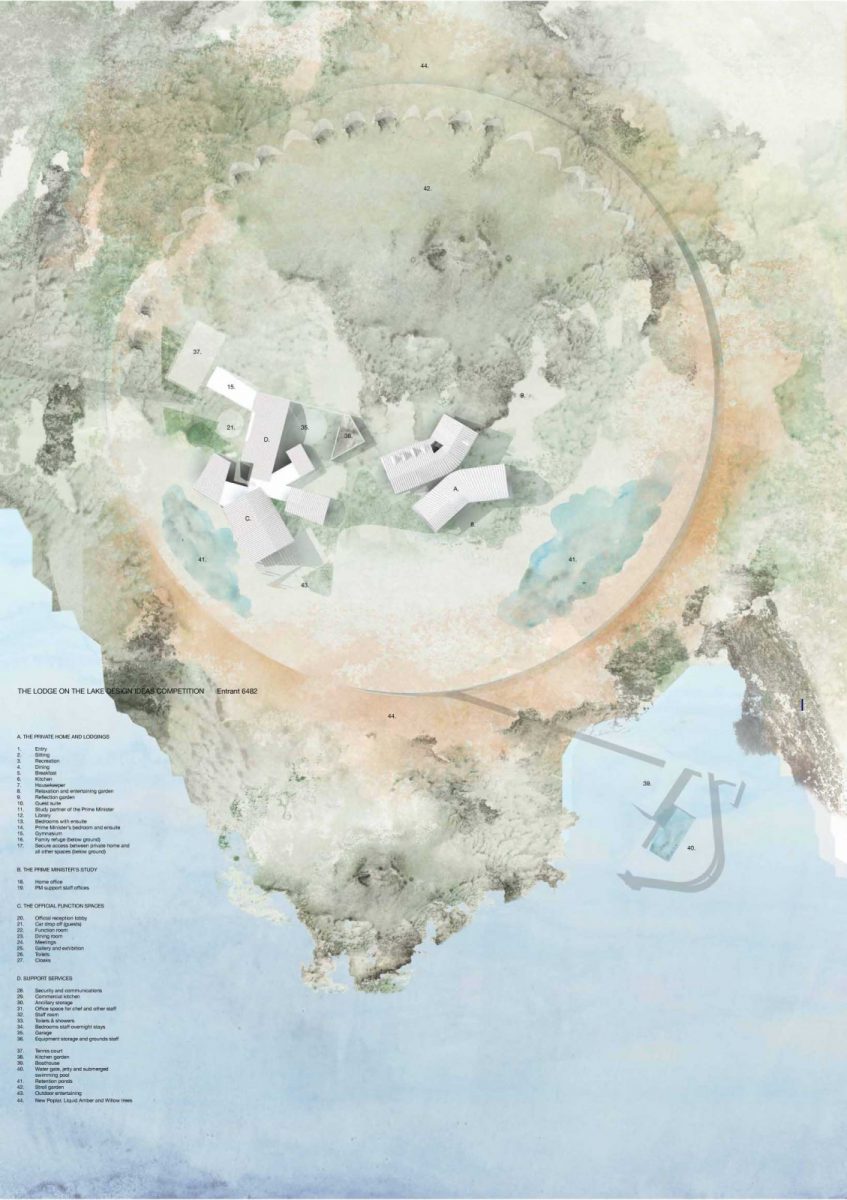 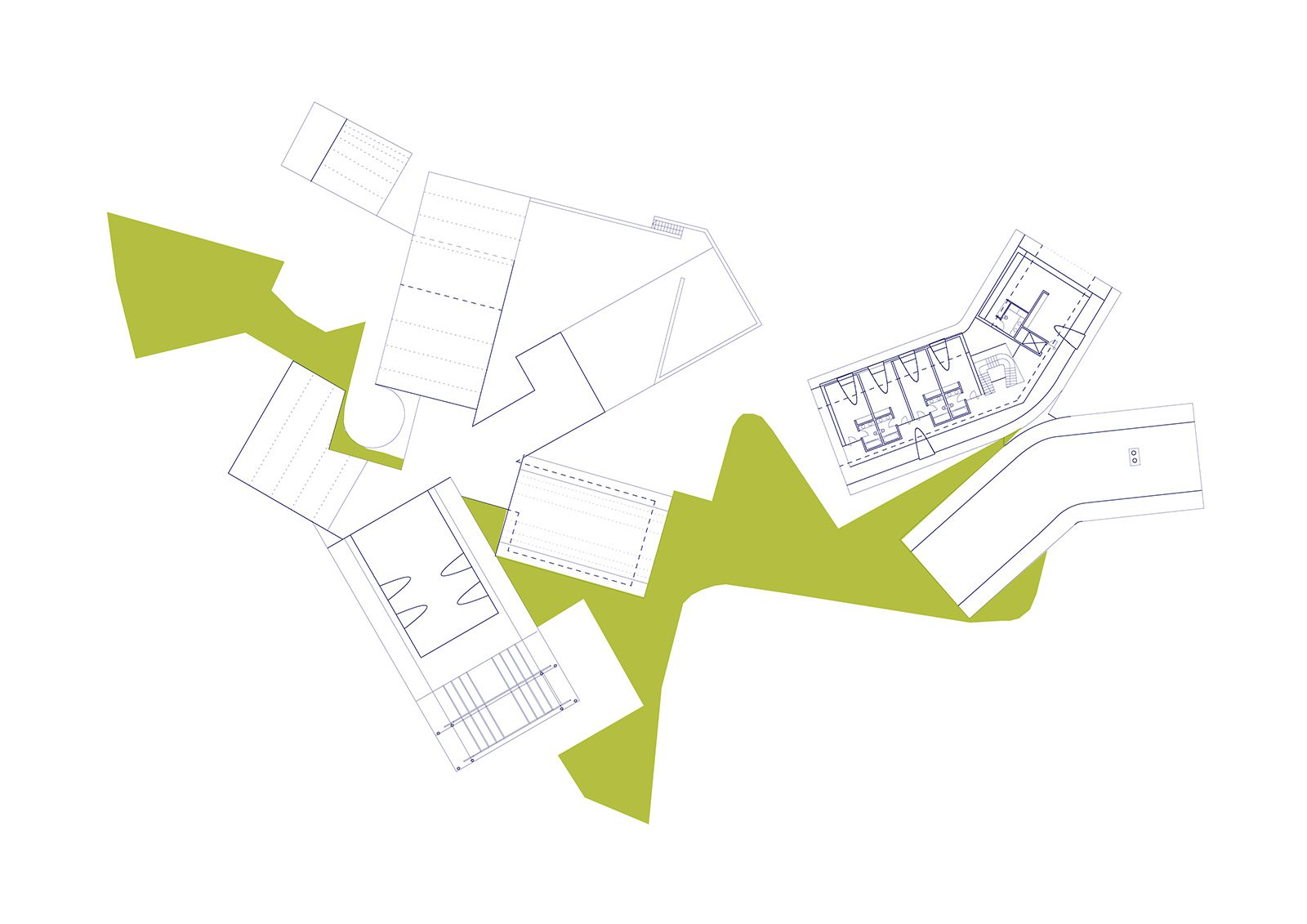 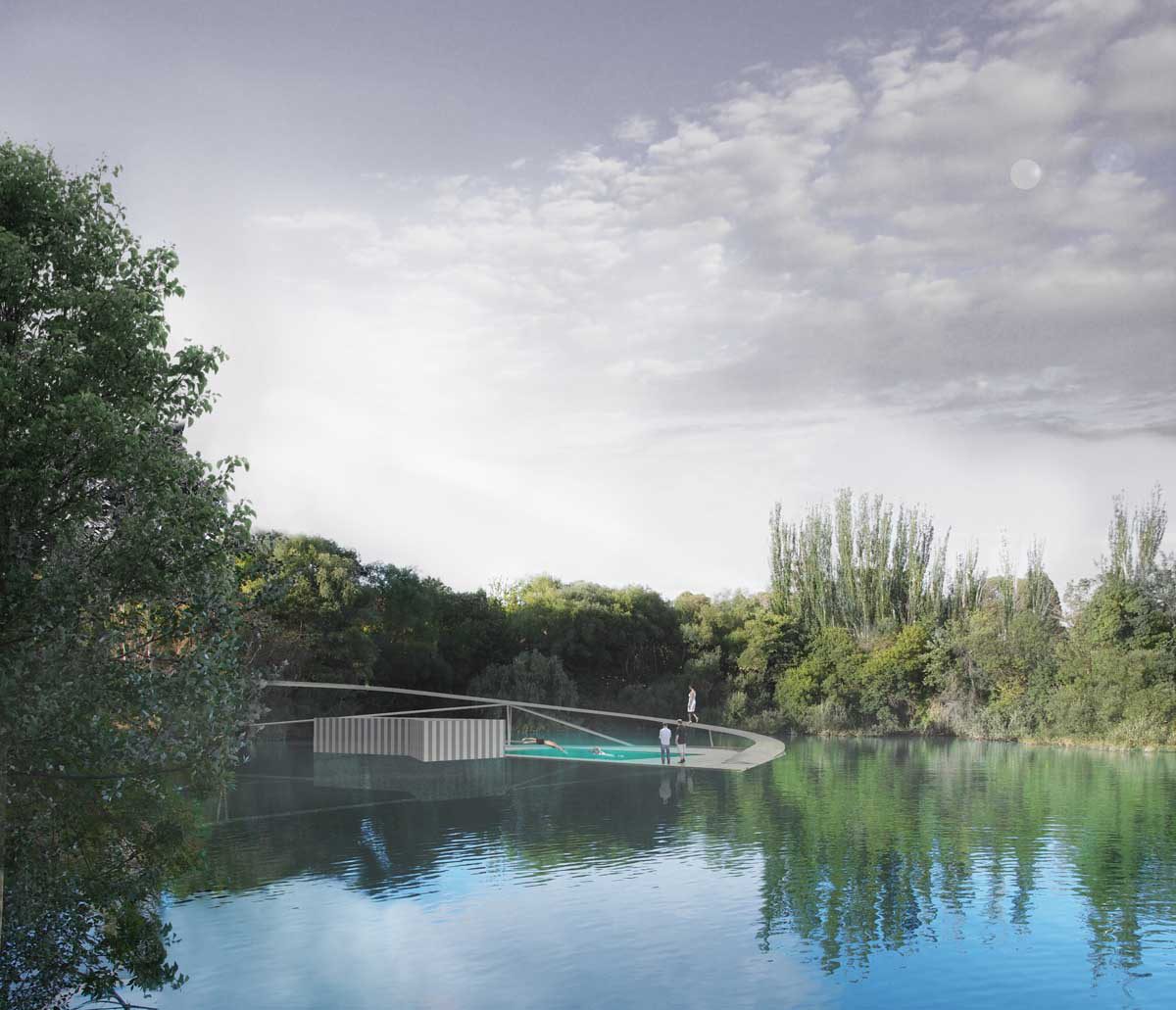