The project entailed the complete renovation of a 1950s apartment in the harbourside suburb of Elizabeth Bay. The building sits in the lower north-facing part of the suburb, surrounded by large Moreton Bay Fig trees, and in close proximity to neighbouring apartment blocks. The deep porches at the front (covered in Virginia Creeper and from which it derives its characteristic appearance in the street) were all partially converted into new rooms providing an opportunity to expand the living areas. The apartment is spread along a narrow plan with many rooms receiving little light. The design plays with the creative potential of mirrors, splayed wall surfaces, coloured light, and large slabs of marble to visually enhance the size of small rooms. It mixes elements of the old with the new. The client, who works in heritage conservation, wanted a design solution that respected the basic structure and architectural features of the original. We decided to respond positively to the dark moody character of the rear areas (where the entry and bedrooms are located) and find ways of accentuating spaces and historical features with light (both natural and artificial). An existing bathroom was converted into two new ones and bathed in an even tinted light across the ceiling; one bathroom is given a blue tinge and the other (with no natural light) is coloured in a pinkish red. In the living areas deep window reveals are used to reflect sunlight into the interior. A full height steel bookcase is offset from the wall and an existing window. Precision cut and then fitted together without welds, the unit is backlit from an existing window. 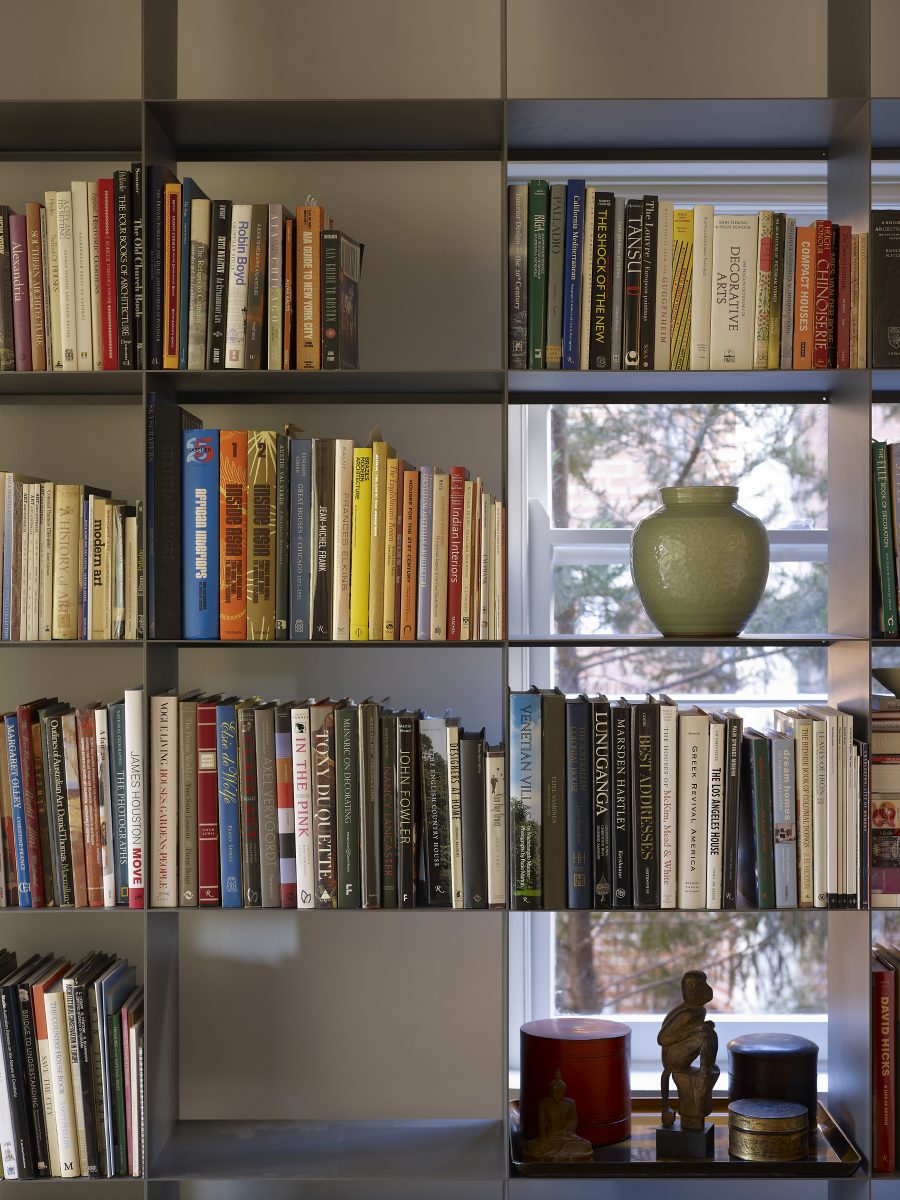 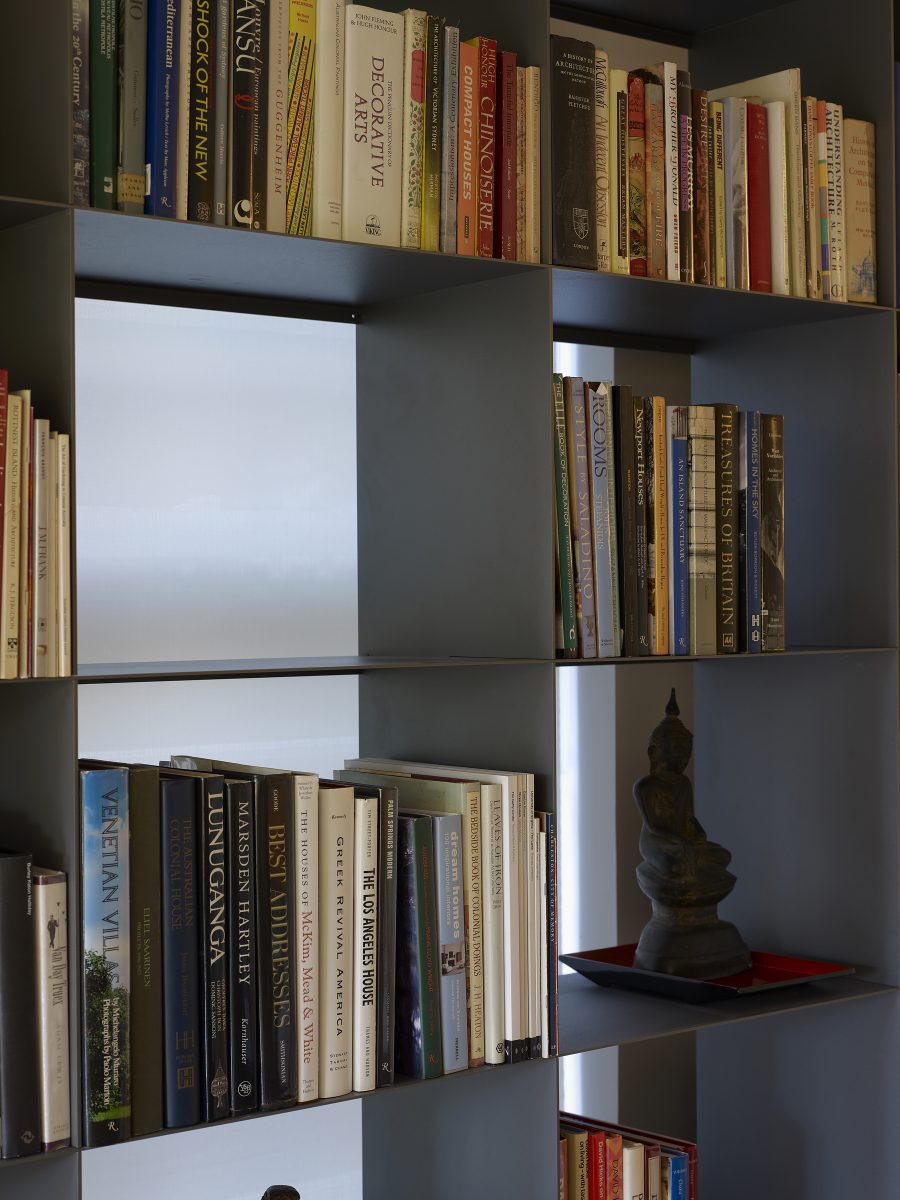 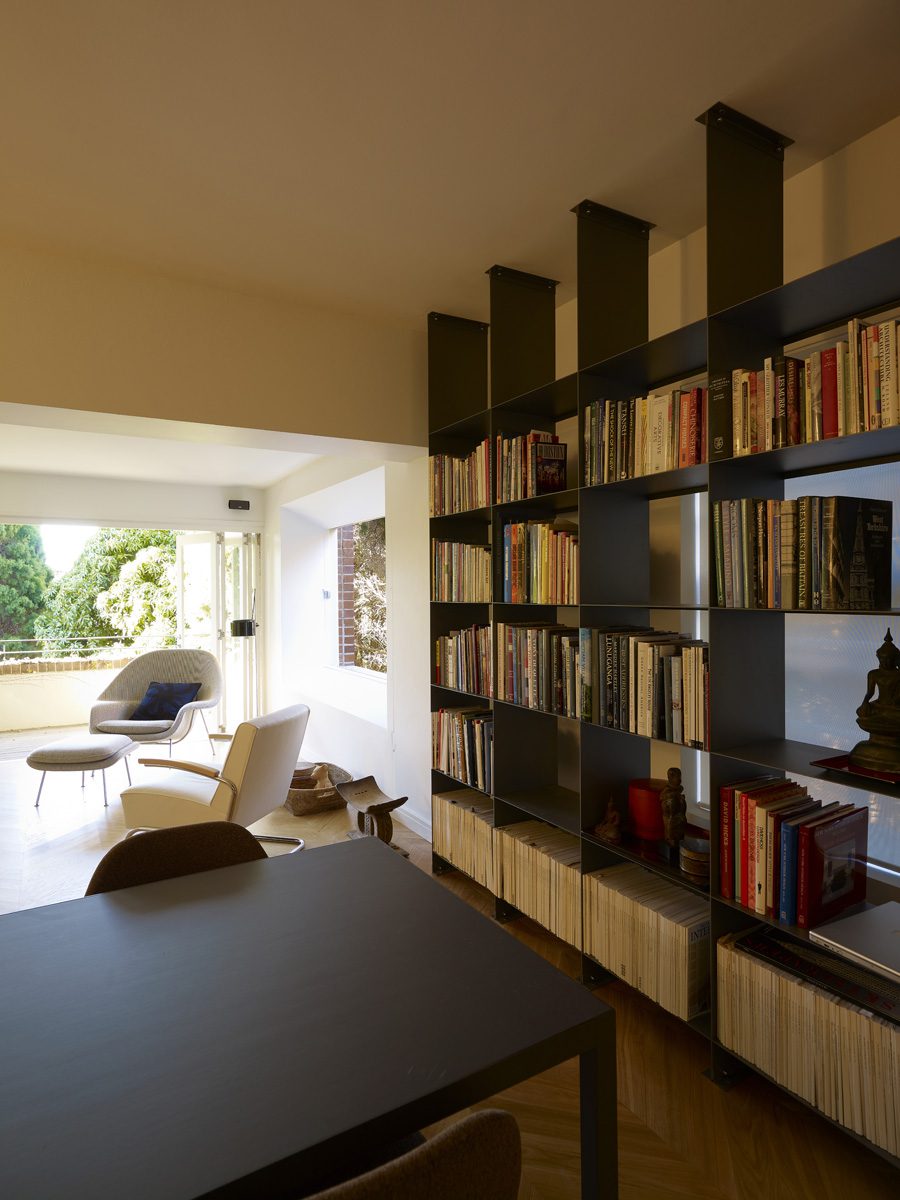 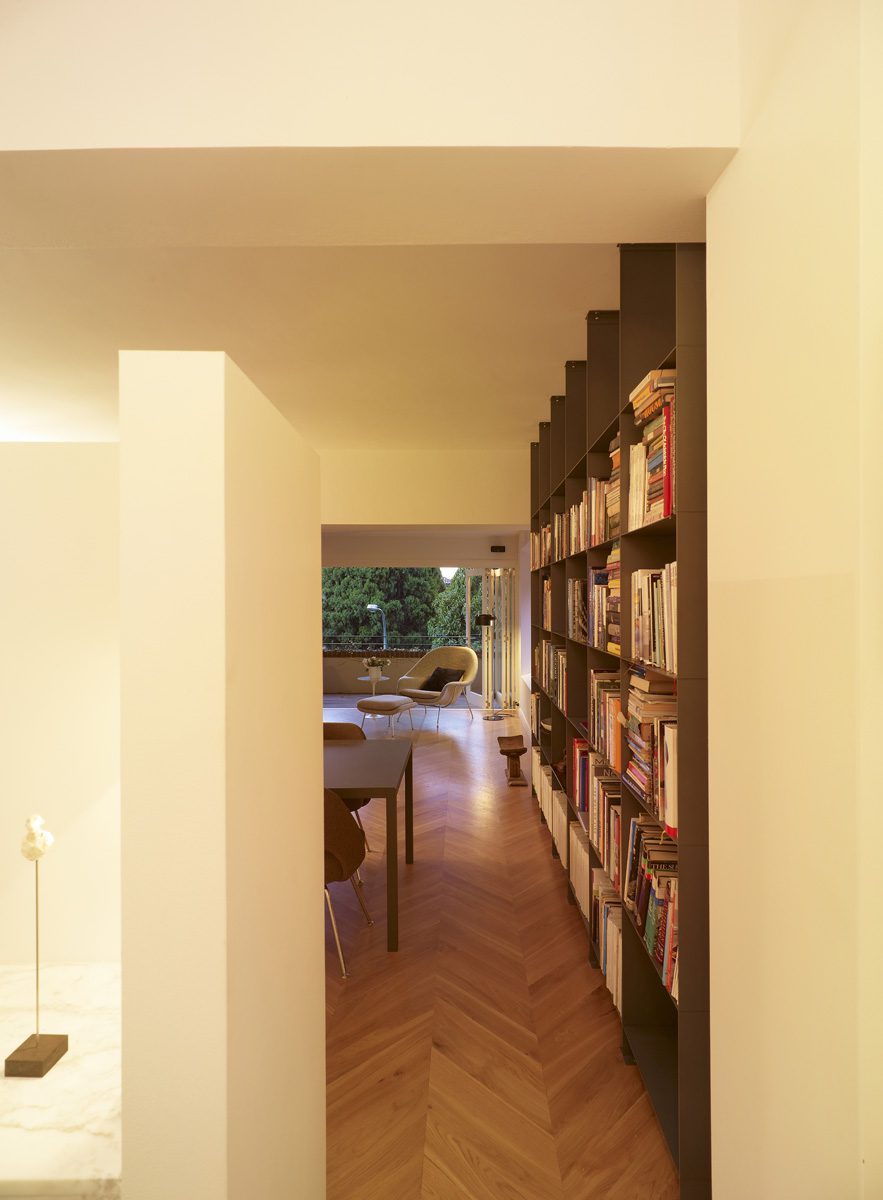 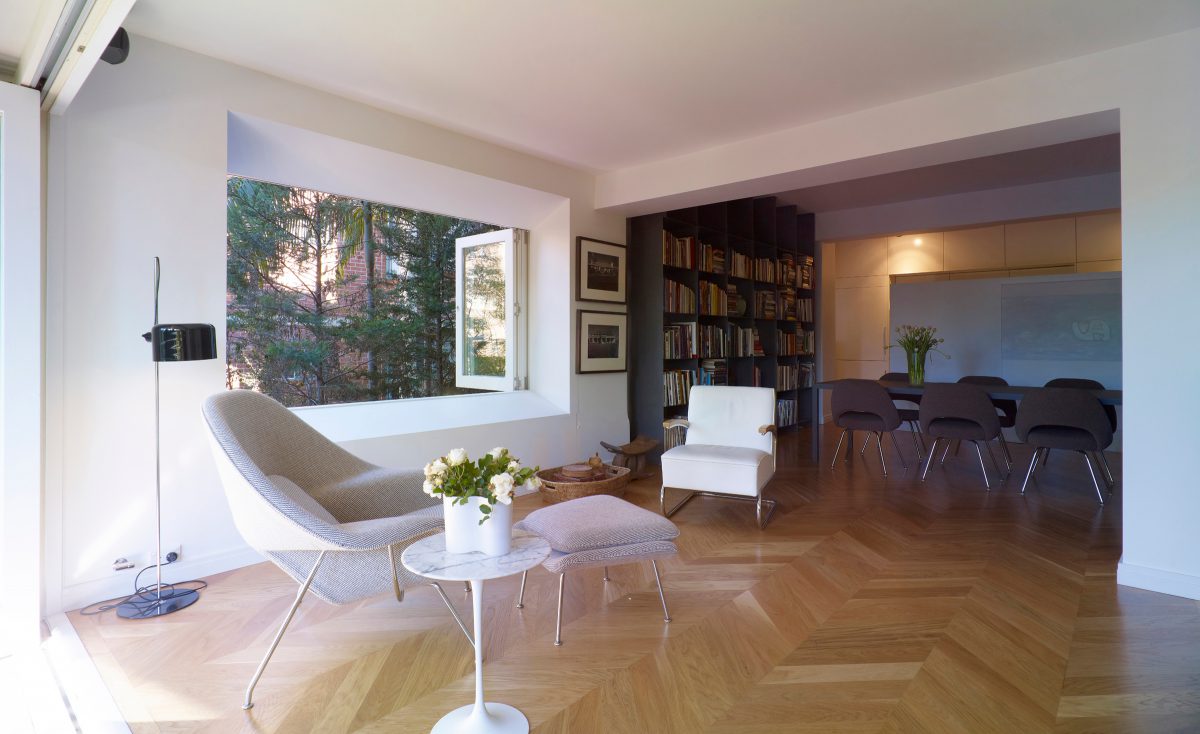 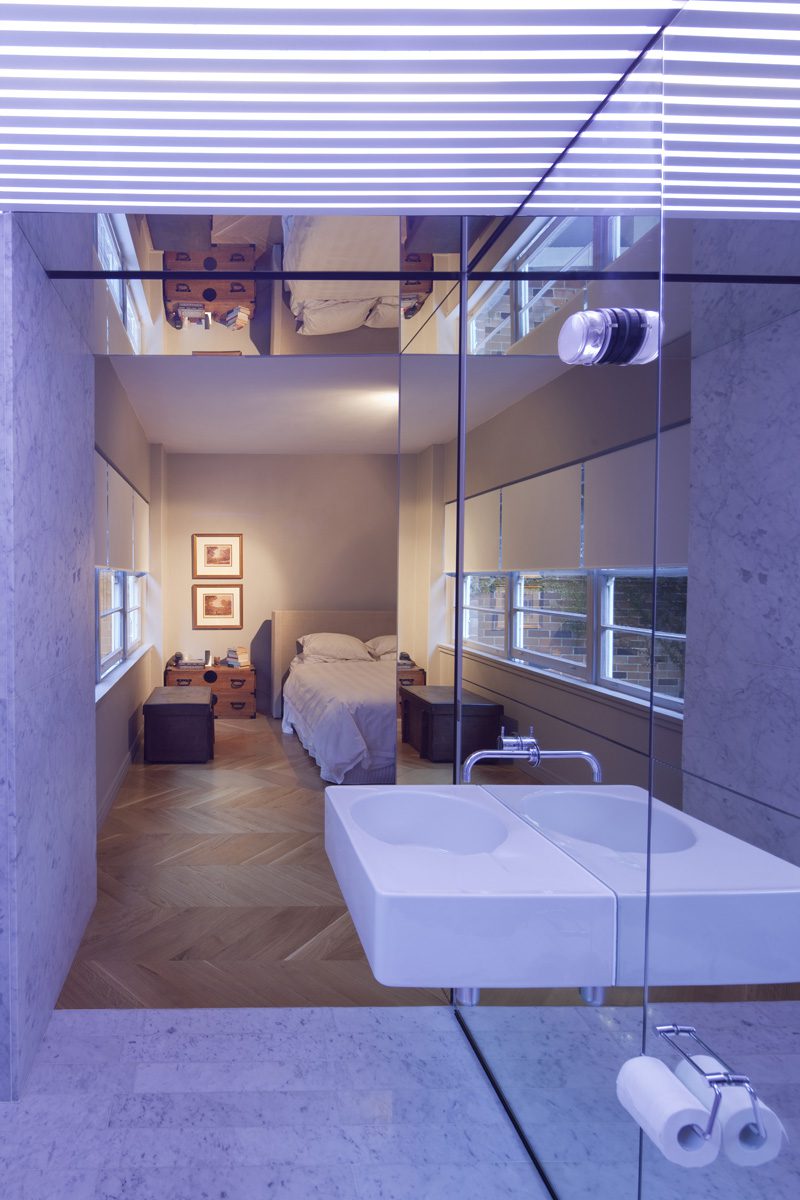 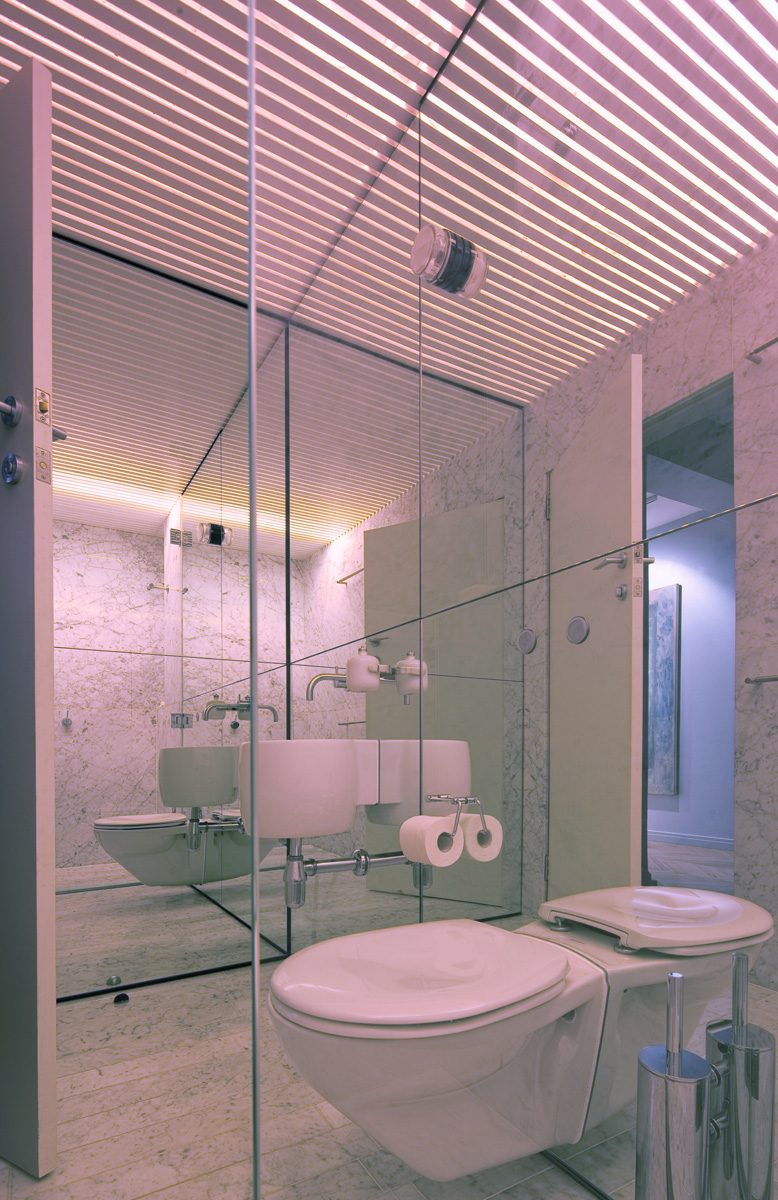 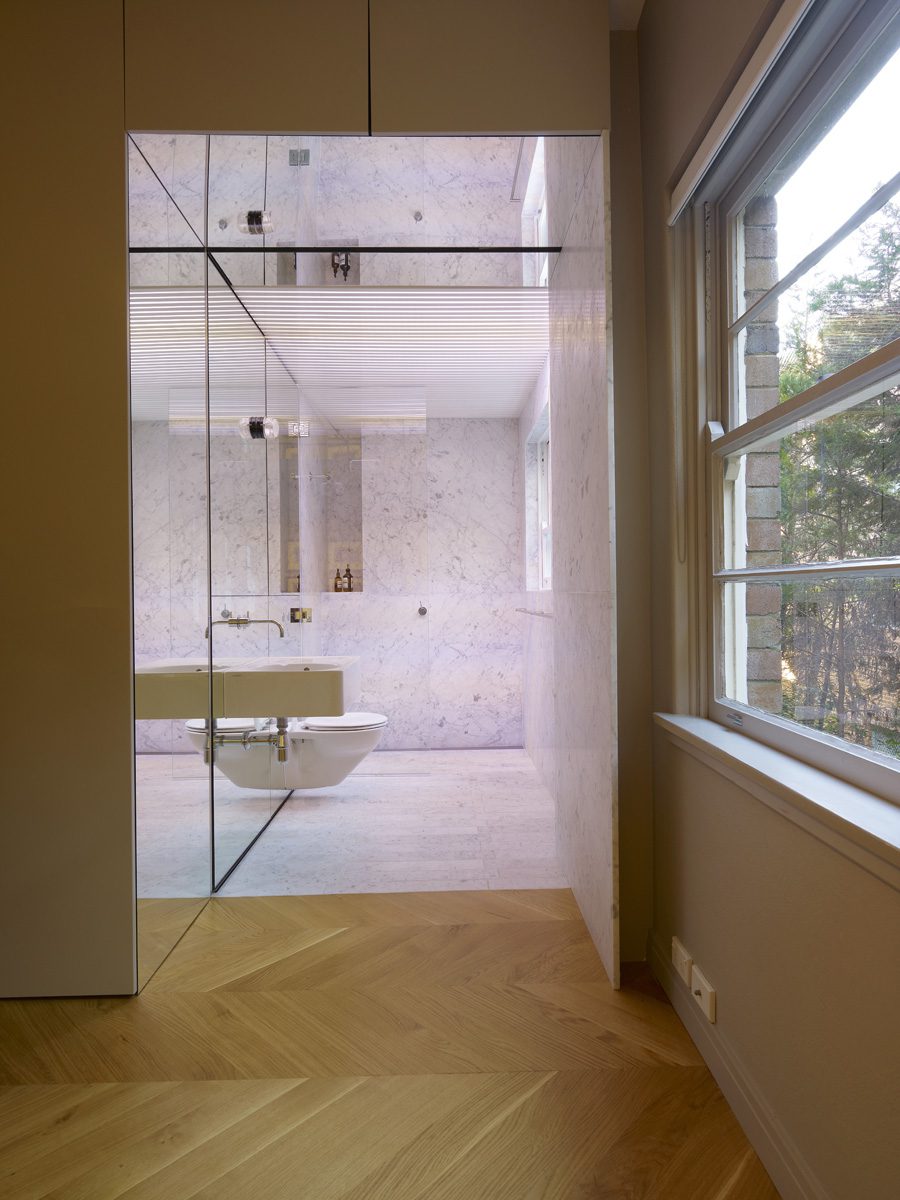 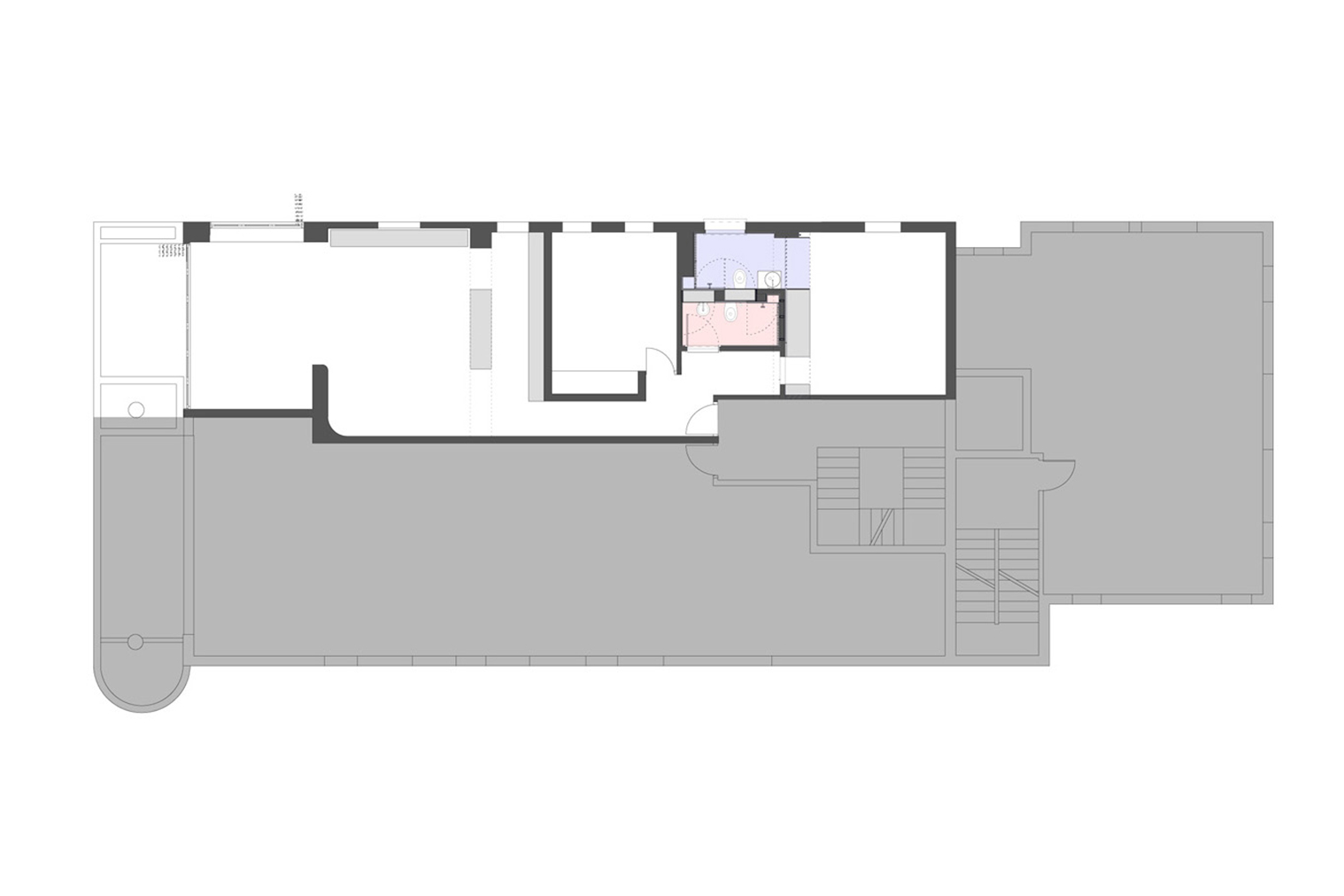